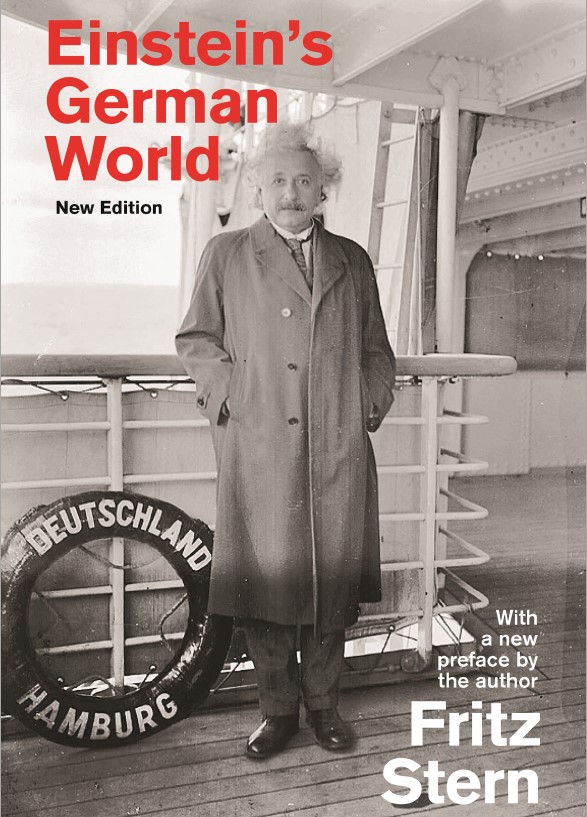 The French political philosopher Raymond Aron once observed that the twentieth century "could have been Germany's century." In 1900, the country was Europe's preeminent power, its material strength and strident militaristic ethos apparently balanced by a vital culture and extraordinary scientific achievement. It was poised to achieve greatness. In Einstein's German World, the eminent historian Fritz Stern explores the ambiguous promise of Germany before Hitler, as well as its horrifying decline into moral nihilism under Nazi rule, and aspects of its remarkable recovery since World War II. He does so by gracefully blending history and biography in a sequence of finely drawn studies of Germany's great scientists and of German-Jewish relations before and during Hitler's regime. Stern's central chapter traces the complex friendship of Albert Einstein and the Nobel Prize-winning chemist Fritz Haber, contrasting their responses to German life and to their Jewish heritage. Haber, a convert to Christianity and a firm German patriot until the rise of the Nazis; Einstein, a committed internationalist and pacifist, and a proud though secular Jew. Other chapters, also based on new archival sources, consider the turbulent and interrelated careers of the physicist Max Planck, an austere and powerful figure who helped to make Berlin a happy, productive place for Einstein and other legendary scientists; of Paul Ehrlich, the founder of chemotherapy; of Walther Rathenau, the German-Jewish industrialist and statesman tragically assassinated in 1922; and of Chaim Weizmann, chemist, Zionist, and first president of Israel, whose close relations with his German colleagues is here for the first time recounted. Stern examines the still controversial way that historians have dealt with World War I and Germans have dealt with their nation's defeat, and he analyzes the conflicts over the interpretations of Germany's past that persist to this day. He also writes movingly about the psychic cost of Germany's reunification in 1990, the reconciliation between Germany and Poland, and the challenges and prospects facing Germany today. At once historical and personal, provocative and accessible, Einstein's German World illuminates the issues that made Germany's and Europe's past and present so important in a tumultuous century of creativity and violence.